Peter Mortimer is the founder of Sender Films, which he started as a do-it-yourself rock climbing video production project in 1999. Peter was joined at Sender by his college friend Nick Rosen in 2004, and over the last decade the two have enlisted an amazing team to help grow Sender into a leading global adventure film company that produces acclaimed feature-length documentaries, cutting-edge television series and a variety of commercials.

In 2006, Sender joined forces with Big UP Productions to found the REEL ROCK Film Tour, which has become one of the biggest climbing and adventure film tours in the world, with over 400 shows globally, and a brand new REEL ROCK TV Series.

Peter received his BA from Colorado College, and his MFA from USC Film School. Peter, along with Joss Corkin, are proud parents to their daughter Pia, their son Xavier and their intrepid dog Macho.

Nick Rosen is a partner, writer and producer at Sender Films. He is the director, with his partner Peter Mortimer, of the Emmy-winning documentary film Valley Uprising, and a co-creator of the globally acclaimed REEL ROCK films and tour.

Nick began working as a writer/producer/director with Sender Films in 2005, and since then has created feature films and TV programs for NBC, The Weather Channel, National Geographic Channels International and The New York Times Online.

Nick received his BA in political science from Colorado College, and his masters at Columbia's School of International and Public Affairs.

Nick has also developed a career as on-screen talent, starring in the yoga documentary, 'Enlighten Up!' (2008), and providing the voice-overs for The Sharp End and the First Ascent series.

Zac began his career here with a trip to Mt. Everest that resulted in the multiple-award winning film High Tension. He brought a decade of experience in public media and storytelling - starting at the NPR oral-history project StoryCorps, and then producing and reporting for Colorado Public Radio. Zac earned a degree in history from Lewis and Clark College and a certificate in documentary radio from the Salt Institute in Maine. He now hopes to share his love of climbing with his two sons, who insist on bringing plenty of books and crackers to the crag.

Jaime is the director of the REEL ROCK Film Tour. She hails from Baltimore, MD where she completed a dual BA in French and Communication.She began climbing while working on her undergraduate degree and focused on film during her studies, so REEL ROCK suits her perfectly!

Jaime moved to Boulder, CO in 2007 to work on a Masters degree in Communication and to live in the mountains. She started her own chalk bag business, Crimp Chimps, in 2010 after receiving her graduate degree. Jaime is now happily settled in Boulder where she enjoys being outdoors as much as possible. She also loves pugs, poetry, dance, cooking, hot air balloons, music, and hummingbirds. 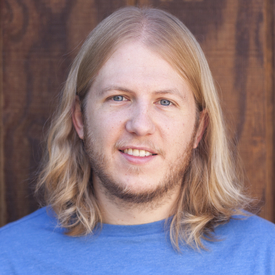 Josh is a Boulder native and a graduate from the University of Colorado with a BFA degree in filmmaking. While in college, Josh garnered numerous awards and recognition from the film program, including the Grillo award in 2007, the Goldfarb Award in 2008. He was the Associate Editor on the 2013 award winning music documentary, Muscle Shoals, and an Assistant Editor on the 2015 award winning environmental documentary, Racing Extinction. In life outside of filmmaking, Josh is an avid soccer player, artist, and lead singer/guitarist of the rock band Monocle Stache.

Max was raised in Tulsa, Oklahoma where he first discovered rock climbing and devoted hours of his life to the wonders of film. Max attended the University of Oklahoma where he earned a BA in Communication and was introduced to the world of filmmaking. Once given the opportunity to combine his love for climbing and filmmaking through the REEL ROCK Internship Program, Max packed his bags and made his way to Boulder, Colorado. He quickly went from intern to full time employee here at Sender Films and now spends his free time climbing big rocks and making short films. 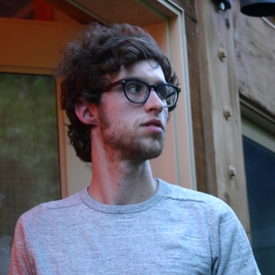 Greg is originally from Southern Colorado and graduated from CU's Leeds School of Business in the spring of 2012. He previously held an internship at a local newspaper and worked in the software industry. In his off-hours, Greg is often found biking, writing songs and performing with his band Whiskey Autumn, and hiking Boulder's beautiful trails. 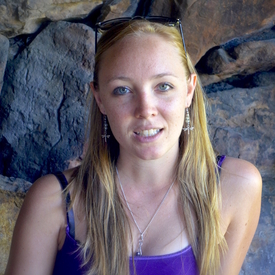 Cassie joined the team in 2011. She is an accountant who has found her niche in the film industry. Passionate about the successes of business' inner workings, she finds joy in supporting extraordinary companies with her accounting finesse.

Cassie was raised in Australia, and when she landed in Aspen, Colorado at the age of 17, she aspired to be a 'camera chick for extreme sports.' Although her chosen career in finance is vastly different, her love for film and adventure is satiated here at Sender Films. 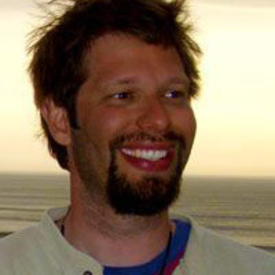 Barry Thompson is a Motion Designer based out of Missoula, Montana. He produces compelling visual designs and still image composites for films, documentaries, and commercials, collaborating with filmmakers to tell inspiring stories. Over the past decade, Barry has worked closely with Sender Films, winning an Emmy Award for Outstanding Graphic Design and Art Direction for his work on the film Valley Uprising. Barry is also the lead designer for the REEL ROCK Film Tour, crafting its unique film identities, visual story elements and effects. When Barry is not in the studio working, you can catch up to him up fly fishing on the Blackfoot River, snowboarding, climbing, or polishing up on his holiday lefse flippin skills.