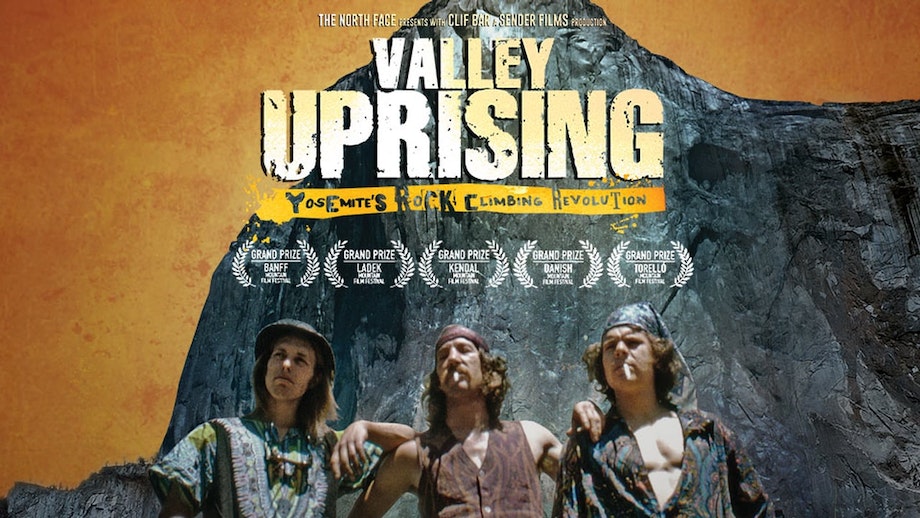 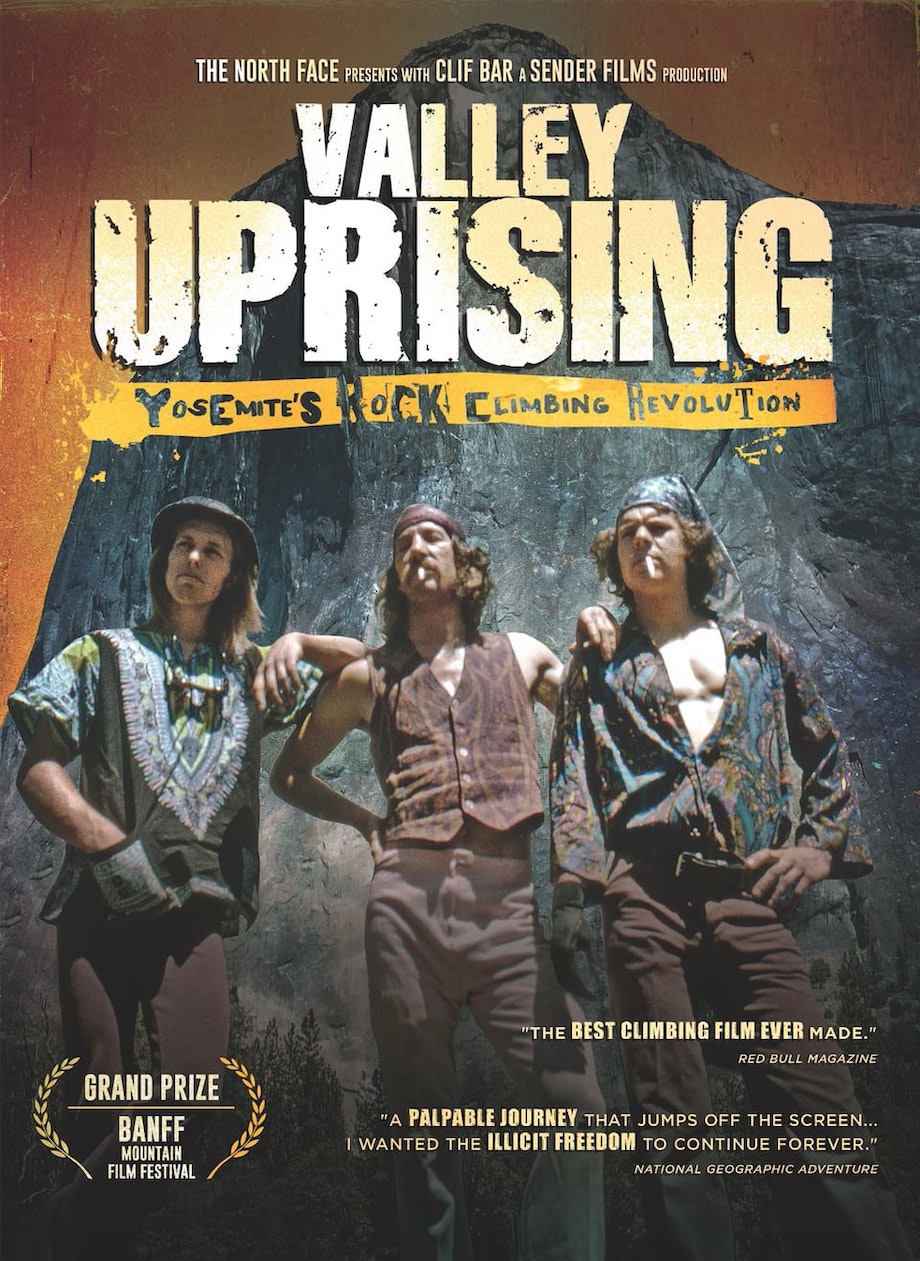 For the past fifty years, Yosemite’s massive cliffs have drawn explorers and madmen to leave materialism behind and venture onto the high, lonesome granite. The larger-than-life characters of Yosemite carved out an extreme bohemian lifestyle in the valley: living in the dirt, clashing with the National Park authorities, and pioneering the boldest climbs on earth. The torch has been passed across three generations of climbers; through rivalries, tragedies and triumphs, the art of Yosemite climbing has advanced beyond anyone’s imagination. Narrated by acclaimed actor Peter Sarsgaard (Garden State, Jarhead, An Education) and produced by Emmy® Award-Winning Sender Films with Big UP Productions, Valley Uprising deftly recounts the history of Yosemite’s bold tradition: half a century of struggle against the laws of gravity, and the laws of the land. Starring Yosemite climbing legends Dean Potter, Alex Honnold, Lynn Hill, Jim Bridwell, Royal Robbins, Warren Harding, Yvon Chouinard, John Bachar, “Chongo” Chuck and so many more… Special Features include Bonus footage, extras, and behind the scenes. A Film by Peter Mortimer and Nick Rosen Edited by Josh Lowell Produced by Peter Mortimer, Nick Rosen, and Zachary Barr


'This may be the best climbing film ever made.'
- Red Bull Magazine

'A palpable journey that jumps off the screen...I wanted the illicit freedom to continue forever.'
- National Geographic Adventure

'Spectacular and awe-inspiring... just like Yosemite itself.'
- John Horn/The Frame

'A truly monumental piece of work. ... I can't think of a better, more enjoyable climbing film I've ever seen... there was something beautiful/ transcendental in there somewhere. When Alex free soloed Half Dome I thought I might cry!'
- Richard Heap, director Hard Grit

'Valley Uprising is the breakout adventure film of the decade.'
- Nat Geo Adventure

'Like what cool indie sport documentary, 'Dog Town & Z-Boys', did for skateboarding, and 'Riding Giants' did for big wave surfing, 'Valley Uprising' does for climbing, with great vintage images and footage, showcasing the rebel counterculture of climbing and the colorful personalities of its athletes.'
- Style of Sport